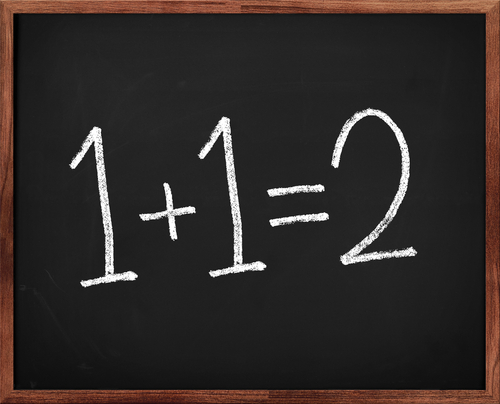 Often we are asked “will one hearing aid do?”, or “do i really need to wear 2 hearing aids?”

Naturally people want to halve their costs, or they may not be ready to commit to wearing two hearing aids, but unfortunately wearing only one hearing aid significantly reduces speech discrimination in noisy environments (if you have a hearing loss in both ears).

Studies have shown that most patients with a hearing loss in both ears will gain far greater satisfaction and quality of life from the wearing of two aids. Medical tests have also shown there to be physiological benefits. As such it is a hearing aid dispensers duty to recommend the wearing of two hearing aids where tests results indicate a client would benefit from doing so.

Here are some reasons why you should consider wearing two hearing aids if your dispenser recommends you should do so:

1. Auditory intelligence
The two halves of the brain work in harmony to give an auditory image. Just as the brain converts the two images your eyes see into a single picture, the same spatial perception happens with your hearing. It is the different signal each ear sends that makes this perception possible, requiring less concentration and making listening easier and more comfortable. If the two halves of the brain aren’t sharing the auditory signals, then auditory intelligence is reduced greatly.

2. Two ears hear much better in noise
The biggest problem for most people with a hearing loss is hearing clarity of speech is the presence of background noise. The brain has an amazing ability to filter out, or suppress, unwanted sound signals making it easier to hear speech in noise. Unfortunately it requires both sides of the brain to do this and as such, two sound signals. The one-eared listener hears all the voices and noises blended together and rarely achieves satisfactory results in noisy environments.

3. Localisation
The brain can detect minuscule time differences from a sound source entering each ear and thus allows us to detect exactly where it came from, up, down and 360° around. One-eared listeners cannot detect these time differences and therefore struggle to detect where sounds come from.

4. Auditory deprivation
Hearing is in the brain, not the ears, and is received as a pattern of electrical impulses via nerves. When nerves are not stimulated dead zones appear in the brain, and the brain reorganises to make use of the spatial area. So, if you have a hearing loss these nerve areas are redirected to other functions. Whilst this can be reversed, studies show prolonged duration of lack of stimulation results in ‘auditory deprivation’. i.e. the hearing may never be restored, and we may never be able to provide clarity again. This is a very important consideration for people who withhold from wearing hearing aids or only wear one aid for a prolonged period of time.

5. No dead side
With two ears we can clearly and easily hear sounds coming from both sides. Monaural listeners often have to turn their heads to hear people on their unaided side. This is due to the ‘head shadow affect’, whereby the size of our head prevents certain frequency sound signals from reaching the opposite ear at the required volume to hear easily. This can make meetings and other listening environments very difficult.

6. And finally… quality of life!
The majority of people who have worn both binaural AND monaural fittings report a significant improvement in the quality of their life when wearing two hearing aids. It is far less tiring and stressful throughout the course of the day to be hearing as best you can – and for that you need two functioning ears..

We have two ears for a reason – so if you have a hearing loss in both ears you really must aid both ears. Double the cost unfortunately!

Categories
How can we help you?
Contact Us
Back To Top
By continuing to browse the site you are agreeing to our use of cookies.